The Answer For Lower Healthcare Costs Is... 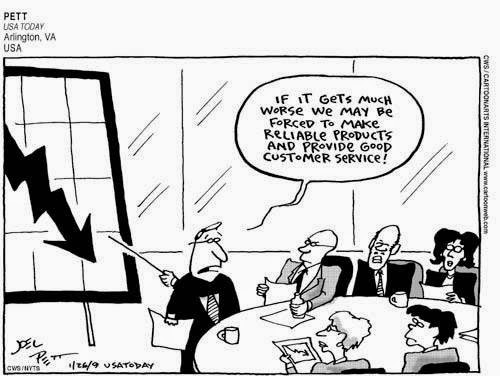 site, while EHR alignment is "tight" and non-negotiable.)

According to the article:

"...small change(s) can make a big difference in a patient’s health — what good is the perfect drug if the patient can’t swallow it? — but the extra-mile work it took to get there can be a challenge for the typical primary care practice in the United States. Harried by busy schedules and paid on a piecework model, many doctors rush from visit to visit, avoid phone calls and emails that don’t generate payments, and often fail to address the complex social issues that hamper people’s health.

"This misalignment of financial incentives is a huge problem for patients, who often can’t get the care they need. But it’s also a big economic problem. The United States has the costliest health care system in the world, even as many patients suffer from preventable illnesses and die younger than their peers in other countries. The system is so full of inefficiencies that Americans are often sicker even as everyone — patients, insurers, the government — ends up spending more money on care.

"Iora thinks it may be able to solve both problems and make money doing so. Its business model is meant to keep patients...out of the hospital by improving service while earning a dividend on the expensive care it was able to avoid."


Still, despite the intuitive appeal and some preliminary research, hard data on results are scant:


"Iora has little published research on the cost savings it has achieved for its partners. The company’s small size makes it hard to produce data with statistical significance. Asked about current evidence of the model’s success, the company provided numbers about one of its sites, where researchers have compared Iora patients with similar patients elsewhere: Total spending was down 12 percent, with hospitalizations down 37 percent, compared with the control group. That may have been a practice with healthy patients, like Dartmouth, or one of the higher-risk patient groups; an Iora spokeswoman said she could not say which practice it was because of a confidentiality agreement with the sponsor.

"Many of the basic elements of the Iora primary care approach — longer hours, more support staff and additional per patient funding — have been tried in other settings, especially in so-called patient-centered medical homes. So far, the results for those types of practices have not been promising. Few have shown real reductions in spending or in the frequency of patients entering hospitals.

Many healthcare organizations are chasing the same vision, betting that all the "We Love Customers" talk will finally start to put some results on the bottom line.  As a healthcare strategist AND an occasional patient, let's hope they're right and the data begin to show it.

Popular posts from this blog

Geeks Shall Inherit the Earth!

February 12, 2011
After they invent The Next Big Thing with assistance from The Geek Group and Inventables.   Let's continue our journey through innovation, production and reinvention, shall we?

After this post about my interest in creating a tinkerer's paradise, I heard from Casey DuBois, a Linkedin connection, about The Geek Group, a Grand Rapids, MI not-for-profit that's way ahead of me.  (No surprise there!)

From The Geek Group's website:
"Imagine if you could go to the workshop of the Mythbusters and hang out as one of the gang. Or what it would be like at spend your free time working in Bill Nye's labs, or hang out with Mr. Wizard. That is what the Geek Group is for. Instead of being just a face on a television, we are a real brick and mortar facility with all of the equipment, labs, and tools that most people only see on television. This is a place where you can not only get up close and see giant robots, lightning machines, lasers and all other manner of science and rese…
Post a Comment
Read more

Behind Every Resume Is A Potential Customer...and Karma.

March 31, 2015
I recently heard from an executive colleague who, thanks to a merger, found herself looking for her next opportunity. Her story, probably depressingly familiar to many of you, was all about the big black hole of rudeness and non-responsiveness that so often sums up employers' attitudes toward candidates.

This colleague, thinking she'd see the healthcare world from a new vantage point, pursued opportunities with consultants, IT vendors, architects and other suppliers who, far from appreciating her solid resume, were like the 3 Stooges of clueless.

So back to a senior health system role she went, WHERE SHE NOW INITIATES AND MANAGES RFPs FOR SOME OF THE VERY SAME COMPANIES who wouldn't talk to her as a candidate, but profess their LOVE for her now that she's got money to spend on their services.

Not gonna happen. Any guesses who's off the RFP list?

I smiled when I heard her story, imagining the BusDev people working hard to grow the revenue pipeline, all the while b…
Post a Comment
Read more

Steve Davis
A health care strategist and consultant finding the opportunities present in every difficulty, always asking What if...? Why not...? Father of 4 daughters. Insouciant. Irreverent. Iconoclastic. Triathlete. Drummer. Amateur cosmologist. E-mail me at healthcarestrategist@gmail.com